New flights to US planned to bring Turkish nationals home 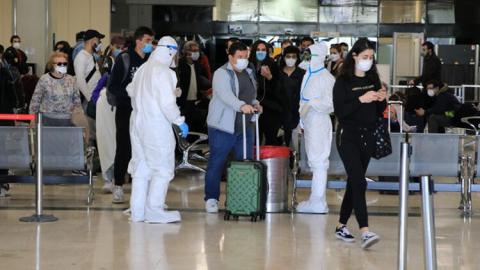 Passengers who show symptoms of COVID-19 or have already been diagnosed with the disease, will not be permitted to be on board.

Following the arrivals, all passengers will be put under quarantine for 14 days.

This is not the first time Turkish Airlines is flying to the U.S. since the pandemic began. After the suspension of flights between the two countries on March 27-28, Turkish citizens were flown back from Washington, Los Angeles and New York on April 23-24 on special flights.

Turkey has launched a series of massive operations to bring its citizens back home from all around the world since the outbreak began spreading across the world.

"Until now we have brought around 65,000 people from 103 countries," Foreign Minister Mevlüt Çavuşoğlu said on May 5.

"On April 16, upon President Recep Tayyip Erdoğan's order, we started the second wave of flights. Since that day, we brought 30,000 citizens from 83 countries with 157 flights," he added.

He also noted that more than 470 Turkish citizens abroad have died of COVID-19.