Stefanovic: 15 people detained after the incident in front of the National Assembly 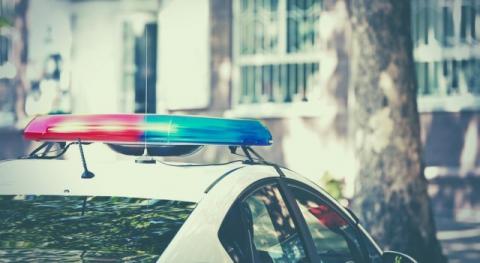 "I assess today's physical attack of Bosko Obradovic and the actions of the supporters of the Alliance for Serbia on MPs and other people who tried to enter the National Assembly as pure fascism," Minister Nebojsa Stefanovic stated.
According to him, physical confrontation with people and "harassing, tearing, attacking them and threatening them with beatings and everything else because he thinks differently from you was never, will not and must not be allowed in our country."
"The police, on the order of the competent state bodies, arrested 15 people who participated in this violence, attacked Marijan Risticevic, other MPs and people who entered the National Assembly. These people will be handed over to the competent misdemeanor courts in the next few minutes, in order to be imposed the penalties in accordance with the law", he says.
The minister said in a statement that he expects no one to act violently, that all people understand that violence is not the way and that we must not build a country where anyone will beat up someone just because they think differently or have any other beliefs.
"I also want to tell everyone that the police and other competent state bodies will react very quickly and efficiently in such cases and we will not allow anyone to be a victim of violence, we will not allow anyone's rights and freedoms be endangered and that anyone suffers any kind of torture because one has a different position on Serbia or because he has the right to act differently in the political field".

"An extremely difficult night is behind us"; critically in seven cities in Vojvodina

Montenegro on its feet: New government election celebrated across the country VIDEO