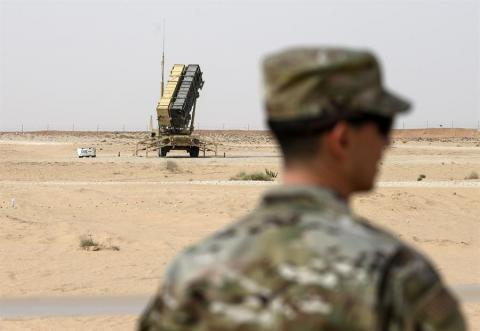 The U.S. is pulling two Patriot missile batteries and some fighter aircraft out of Saudi Arabia, an American official said on May 7, amid tensions between the kingdom and the Trump administration over oil production.

The official said the decision removes two batteries that were guarding oil facilities in Saudi Arabia but leaves two Patriot batteries at Prince Sultan Air Base in the Saudi desert, along with other air defense systems and jet fighters.

The decision scales back the American presence in Saudi Arabia just months after the Pentagon began a military buildup there to counter threats from Iran. About 300 troops that staff the two batteries would also leave Saudi Arabia, according to the official, who spoke on condition of anonymity to discuss sensitive military operations.

The move comes as the U.S. has sent Patriot systems into Iraq to protect American and allied troops there, who came under an Iranian missile attack earlier this year. The Army has a limited number of systems, and they routinely must be brought home for upgrades.

Two other Patriot batteries that are in the Middle East region are also heading home to the U.S., in a planned redeployment for maintenance and upgrades.

It's not clear, however, whether the ongoing oil dispute or the struggle to parcel out the much-coveted Patriot systems was the key factor in the U.S. decision to pull systems out of the kingdom.

Asked about the move on May 7, President Donald Trump said, "We're making a lot of moves in the Middle East and elsewhere. We do a lot of things all over the world, militarily we've been taken advantage of all over the world."
He didn't provide details, but added, "This has nothing to do with Saudi Arabia. This has to do with other countries...