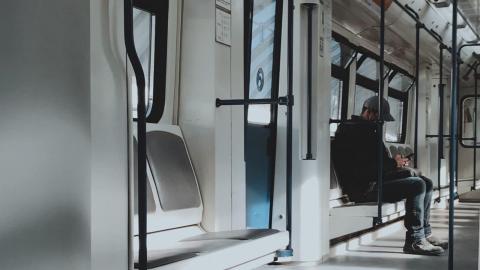 Deserted metro tunnels feel like the set of a B movie thriller: 'COVID-19: The Lockdown', perhaps.

Yet Sofia Airport is still running, more than most other airports in the Balkans. And it is not without controversy.

Bulgaria declared a state of emergency on March 13 to combat the spread of COVID-19, and while reports say airline passengers via Sofia Airport are down by a half, the airport continues to operate several flights per day, to and from London [albeit with frequent cancellations], Amsterdam, Eindhoven, Paris, Berlin, Dortmund, Hamburg, Athens and domestic flights to the coastal city of Varna.

And some of these flights have brought the novel coronavirus with them.

On April 27, a 39-year-old woman who worked as a flower picker in the Netherlands, flew back from Amsterdam with her two teenage children and took a taxi the 200 kilometres to their hometown of Haskovo. The woman and one of the children later tested positive for COVID-19.

The airline, Bulgaria Air, and Bulgaria's Chief State Health Inspector, Dr Angel Kunchev, said the woman's temperature had been checked on arrival in Sofia. A handful of other passengers among the 95 on board have also since tested positive.

A source on the same flight, who spoke on condition of anonymity, said no effort was made to ensure social-distancing on the shuttle bus, on boarding or during the flight. No disinfectants were provided. At Schiphol airport, passengers filled out an English-language Health Screening Form but these went uncollected.

Another flight from the Netherlands brought two more positive cases on May 1 - a man and a woman who took the plane despite...

Maxim Behar for Capital: Pandemic Have Made Us Much Better PR Experts

Weather in Bulgaria: Rainfall that will turn into Snow with Temperatures Reaching -1°C

COVID-19 in Bulgaria: Total Number of Deaths since the start of the Pandemic Exceeded 29,000