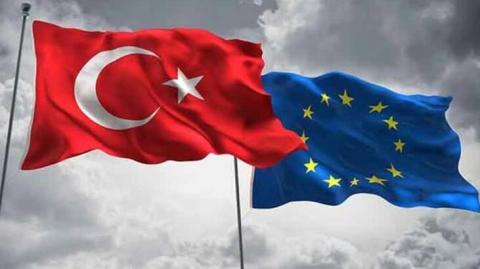 The president of Turkey on May 9 marked the annual Europe Day, saying the EU would come out of its current pandemic-induced crisis stronger with the right and timely steps.

Europe Day, also known as the Schuman Day, is observed on May 9 each year to mark the Schuman Declaration in 1950 that proposed the formation of a European Coal and Steel Community, the predecessor to the European Union.

"The ideas behind the Schuman Declaration had ensured the rebirth of Europe from its own ashes after a war that tore apart the whole world and the gathering together of countries for peace, security, development and welfare, casting aside their differences and animosities," Recep Tayyip Erdoğan said in a statement.

He underlined that today, people were once again facing a destructive calamity and common enemy, referring to the novel coronavirus, which "threatens not only our health but also our welfare, social order, and humane ties."

"This tiny enemy invisible to the eye has reminded us once again the meaning of 'being united,' being strong in unity, which we have risked to forget in the recent period; which we became ready to sacrifice for populist policies
and short-term national interests," he added.

Erdoğan said that each calamity brought along with it opportunities and that he believed the EU would come out of the crisis stronger than it was before.

"I fully believe that better days will be with us when the language of discrimination and hatred is cast aside; when the common interest of our Europe is not sacrificed for petit political games or national interests; when we are inclusive and just," he said.

Erdoğan stressed that difficult days lie ahead and that Turkey would focus on combating the pandemic, economic...