Trump: America and Great Britain had Victory over the Nazis! 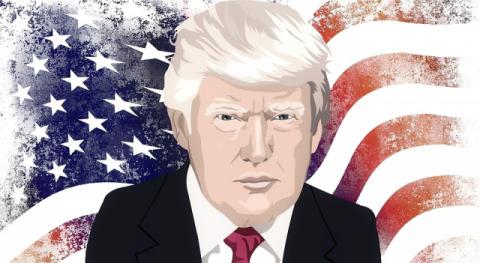 A video appeared on the White House's Instagram account in which US President Donald Trump declared only the United States and Britain victorious over Nazism.

The video does not mention the Soviet Union and its role in defeating the Nazis.

"America's spirit will always win. In the end, that's what happens." shared Trump.

A few days ago, the Pentagon presented a quiz and presentation dedicated to the 75th anniversary of the defeat of Nazi Germany in World War II. Apart from mentioning that the conflict began with the invasion of Poland by Nazi Germany and the USSR, it does not say anything about the Soviet Union's contribution to the victory over fascism, but only gives a brief summary of the role of the United States in the war in Europe, beginning with the Normandy landings.

Russian Foreign Ministry spokeswoman Maria Zakharova called the Pentagon's publication "monstrous in its lies and hypocrisy," stressing that the United States was trying to distort history in favor of its political goals.