Retail stores reopen with queues outside 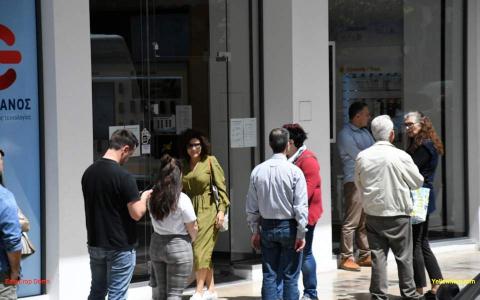 The reopening of most retail stores on Monday after around 50 days of forced closure met with great interest on the part of the public, with many people window shopping while queues were a common sight outside the branches of major retail chains.
The favorable weather and the fact that a lot of people hadn't purchased any items that couldn't be bought at supermarkets, as well as that many had saved money during that period, is expected to lead to a significant rebound in demand that shopkeepers hope will help recoup some of the losses recorded.
Stores now open an hour later, at 10 a.m., in a bid to prevent crowding on public transport.