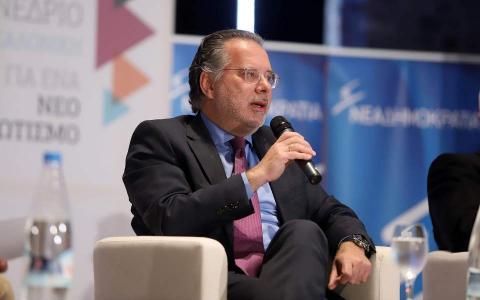 Greece applied for membership to the International Center for Migration Policy Development (ICMPD), the Migration Ministry announced in a press release on Tuesday.

According to the statement, Alternate Migration Minister Giorgos Koumoutsakos held a teleconference on the application with the ICMPD's chief, Michael Spindelegger, former deputy chancellor and Foreign Affairs minister of Austria, who welcomed the initiative and said Greece's participation would bring "particular value" to the forum, as the country lies in the most important and challenging path of migration flows.

The organization includes 17 member states and is active in over 90 countries.

Its focus is on migration management and it contributes to better migration policy development worldwide.
It receives funds from member states, the European Commission, the United Nations (it holds UN...