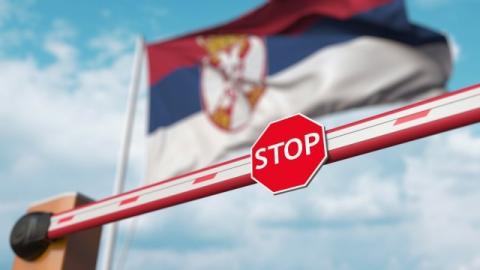 Free movement between North Macedonia, Albania, Bosnia-Herzegovina and Montenegro will be fully liberalized.
The Crisis Staff for the Protection of the health of the population from the infectious disease COVID-19, recommended to the Government of Serbia to fully open the borders for citizens of four neighboring countries - Bosnia and Herzegovina, Albania, Montenegro and North Macedonia, the Government announced.
This decision was made because none of these countries was a hotspot of coronavirus, "Blic" and "Kurir" write.
It is added that the decision was made primarily because of the students from Republika Srpska and Montenegro, who will circulate between the three countries.
Serbia's borders for road, rail and river traffic have been closed since March 20th.
When it comes to coming to Serbia, the Government of Serbia has decided that PCR test will be compulsory. The foreigners can enter the country if they have a negative PCR test and a certificate issued by a commission made of the representatives of Serbia's Health, Transport, Foreign and Interior ministries. If the passenger returning to the country has not been tested, he will have to be immediately sent to home isolation for 14 days.