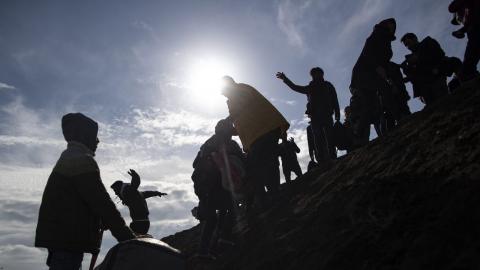 Migration Minister Notis Mitarakis has argued that his ministry needs "flexibility" in dealing with Greece's migrant crisis since neighbouring Turkey abandoned a 2016 deal with the European Union in late February and lifted restrictions on migrants and refugees from the Middle East, Asia and Africa trying to reach the bloc via its territory.

"We face smuggling networks on the other side [Turkey], networks within the camps, networks that obstruct deportations," Mitarakis said.

Mitarakis will control spending from the fund with the oversight of three public servants from his own ministry. All documentation will be destroyed every six months and, in a change to the original proposal to appease critics, information on payments over 25,000 euros must be submitted to a special committee of the Greek parliament.

The creation of the fund has led analysts to question if the government plans to pay off hardline opponents to its migration policy; in February, the conservative Greek government faced strong local resistance on islands such as Lesbos and Chios to the creation of big new detention centres to house tens of thousands of migrants and refugees.

"It most likely has to do with the capacity of the government to manage local reactions to its migration policy," said Tasos Kostopoulos, a researcher on the history of far-right links to the state apparatus.

"In that case, the political risk is very high," he told BIRN. "If the word goes around that there is a pay-roll available to pay off radicals and trolls, then the radicals and the trolls will magically multiply."

"In the case of the Migration Ministry there might be a need for flexibility to handle emergencies but not at all a need for secret funds. There is no defensible reason for...