A mysterious disease, affecting children in Europe, associated with COVID-19 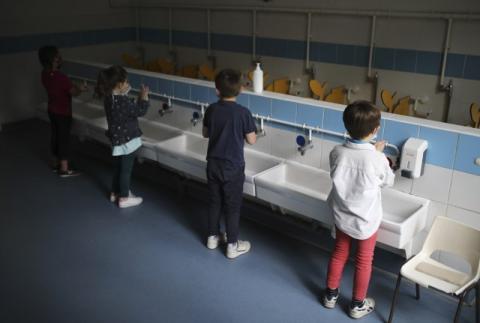 However, dozens of similar cases have been reported in other European countries, Great Britain and the United States, London's Sky News reported.
A 14-year-old boy from a group of infected children died of the disease at a children's hospital in London last month, and similar cases have been reported in other European countries.
The Italian hospital "Papa Giovanni XXIII" in Bergamo had recoreded 30 times more cases of inflammatory disease similar to Kawasaki syndrome last month, according to the scientific journal Lancet, so medical experts concluded that COVID-19 "can cause a severe form of the disease similar to Kawasaki syndrome".
A London hospital last month admitted 20 children with the same symptoms - a high temperature of around 40 degrees, diarrhea, abdominal pain and headaches.
Children with similar symptoms reported to hospitals in New York and other parts of the United States.