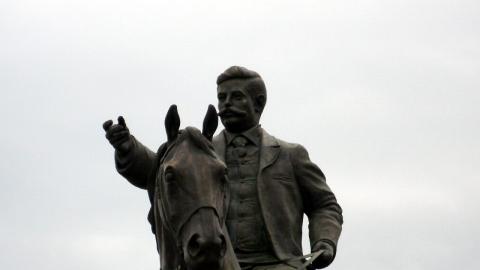 Goce Delcev, the early 20th century revolutionary, could easily be a historical figure to unite Bulgarians and Macedonians. Unfortunately, he seems to be becoming a bone of contention between the governments in Skopje and Sofia.

Three years ago, Bulgaria and North Macedonia signed a friendship agreement, pledging themselves to a common European future and agreeing to leave unresolved historical differences to experts. One of those issues related to the identity of Goce Delchev, an Ottoman-era revolutionary celebrated by both countries as their own. Now, those unresolved issues seem to be coming back to haunt the two countries once again. Our report looks at the story of Goce Delchev, who he was, what he believed in and how he united and divided Bulgarians and Macedonians during the past.

As Parliamentary elections in Montenegro approach - by October, if not earlier - the country still has some loose ends to tie up related to the last national poll. On May 9, 2019, the High Court in Podgorica sentenced 13 people, among them two opposition leaders, to as much as 15 years in prison for what the Court found to be an attempted coup on the day of the previous Parliamentary elections in October 2016.

The defendants have appealed the first instance verdict handed down by the High Court, but the Appeals Court shows no signs of ruling on the appeal any time soon. As fresh elections approach, we take a look at how political considerations may be playing into the reluctance of the judiciary to move the appeals...