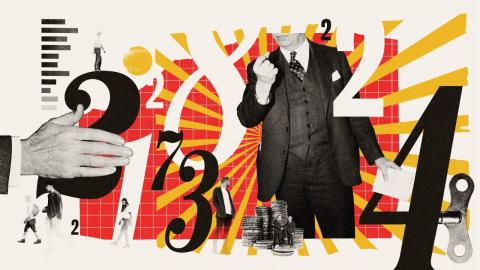 If Simovski is right — and some think he is too pessimistic — then North Macedonia's population would have fallen 24.6 per cent since independence in 1991 when the country had a resident population of 1.99 million.

This percentage would be far higher than for any other country in former Yugoslavia — even Bosnia and Herzegovina, which suffered four years of all-out war. It would also be even more dramatic than neighbouring Bulgaria, which has lost almost 21 per cent of its population in the past 30 years.

Some economists speculate that North Macedonia's population is actually between 1.6 million and 1.8 million, which would still mean the country had lost between 19.6 per cent and 9.5 per cent of its population since 1991.

If it is the latter figure, North Macedonia's population loss falls within the same range as Serbia and Croatia, which have lost between eight and nine per cent of their populations.

The problem is that no one knows the true number, and it is rare that the head of a national statistical office will admit that the most basic figure for their country is not just wrong but probably wildly so.

There is a good reason why Simovski does not know for sure how many people live in North Macedonia. In 2011, Macedonian and Albanian politicians interfered to such an extent in the holding of that year's census that the exercise collapsed.

Macedonian nationalists wanted a result that showed that the country's Albanian...