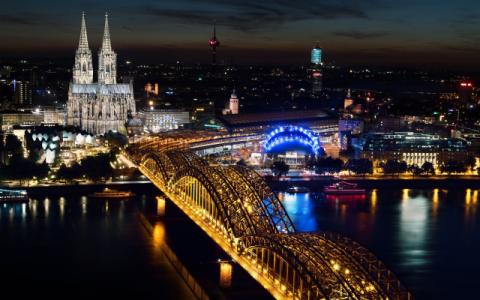 The German "Land" of North Rhine-Westphalia has lifted quarantine for citizens of the European Union (EU) as well as associated countries of the Schengen area that enter Germany through its territory .

That federated state, the most populous in the country and bordering the Netherlands and Belgium, had already been pressing the federal government to lift restrictions on travelers. Other "Länder" in the west of the country are now expected to follow suit.

The measure came into force last midnight and affects EU citizens, as well as Iceland, Norway, Liechtenstein and Switzerland, who will not have to serve 14 days of quarantine after entering Germany.

Regarding third countries, the regional authorities will follow the advice regarding risk areas given by the Robert Koch Institute (RKI), competent in the matter in Germany.

"It is about giving a sign of good neighborliness with Europe," argued the Prime Minister of the Land, Armin Laschet.

At the federal level, Interior Minister Horst Seehofer announced last Wednesday that Germany would begin to gradually lift border controls from this Friday. The declared objective of Chancellor Angela Merkel is that, if the evolution of the pandemic allows it, her total disappearance in the Schengen area be achieved from June 15.

The Interior Ministry implemented the controls on March 15 in both land, air and sea traffic. The measure affected the arrival of passengers across the borders with Austria, Switzerland, France, Luxembourg and Denmark, as well as those coming by air from Italy and Spain.

Along with these controls, the federal government issued a general recommendation to all its citizens not to travel to any country in the world until,...

The Weather Today in Bulgaria - June 4