Internet use increases by 50 percent in Turkey amid pandemic 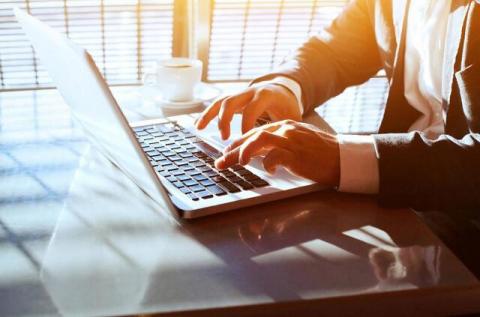 Daily internet traffic in Turkey has surged by 50 percent during the coronavirus outbreak in the country as people heed stay-at-home orders, with many working from their houses and getting schooled online, the CEO of a major telecom company has said.

Internet usage, which was normally intense in the evenings when people would be at home before the coronavirus pandemic locked people into their houses, has increased in households and extended into daytime as people use it for work now and are at their houses all day long.
In comparison to pre-March 12, when most companies across the country moved their employees to work from home a day after Turkey reported its first confirmed COVID-19 case, internet traffic during the day increased by 50 percent and evening traffic by 35 percent, according to Ümit Önal, CEO of Türk Telekom.

Önal stressed that when working from home and distance education were added to household internet use, the habits of internet use changed during the pandemic.

"What emerged was that there was increased demand for landlines rather than mobiles. Increasing demand for video call and video content also affected internet data traffic," Önal said in a press conference.

Noting that the increase in interest in content such as games and videos due to people staying at home also creates additional traffic, Önal said that all this brought about a 22 percent increase in international internet traffic.

Average daily fixed data usage increased by approximately 20 percent in March and 45 percent in April compared to February, according to the figures announced by Önal.

He stated that 8 GB of internet usage was given to students who have to learn remotely as schools were shut, 6 GB to university students, and 5 GB...