Winner in fighting coronavirus: A country of 97 million has 300 infected, no dead 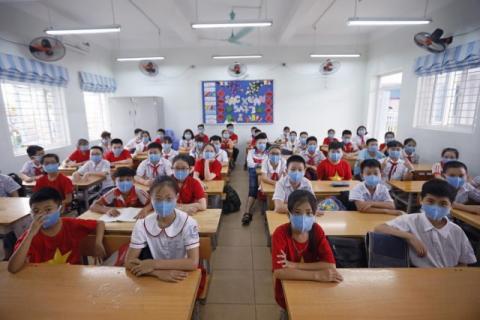 No deaths have been reported in this country.
A month has passed since the last transmission of the virus, so the authorities made the decision to open the country. Experts say that Vietnam avoided the catastrophe by reacting in time, reports Jutarnji hr.
Namely, in Vietnam, they introduced very strict measures which, it seems, managed to prevent the spread of the virus. As early as the beginning of January, although they did not have any confirmed case of COVID-19, the Vietnamese authorities undertook a drastic action to fight the mysterious virus that killed only two people in Wuhan at that time.
"Vietnam reacted very quickly in an extreme way, but the measures were very reasonable," Professor Guy Thwaites, director of the Oxford Clinical Research Unit in Ho Chi Minh City said, who has worked with the government to fight infectious diseases.
Thus, travel bans, strict surveillance of the situation were introduced, and the border with China was closed, which citizens could cross only with intensive checks at border crossings. Schools were closed immediately, to be opened in mid-May, BBC writes.
Thwaites explains that Vietnam is a country that has extensive experience with infectious diseases, from the outbreak of SARS in 2003, to bird flu in 2010, as well as sporadic epidemics of smallpox and dengue fever transmitted by mosquitoes.
Due to the bad experience with infections, the authorities there, Thwaites explains, are probably coping with epidemics better than richer countries.
One of the measures that was immediately introduced is that everyone who enters the country was sent to a two-week quarantine, as well as everyone who had any contact with any infected person.
However, the conditions in the quarantine were...

Vietnam ratifies trade deal with EU in boost for economy

Water frogs may be wiped out by 2050 in south Çukurova region due to over consumption: Experts