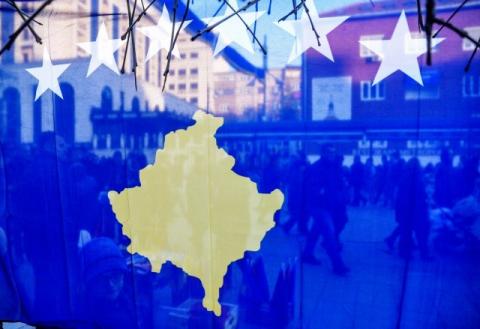 Focusing less on the content of the text, Grenell expressed expectation that an agreement between the two sides should be reached by September.
During a video conference with Albanian students at the American Harvard University on Monday, Kurti spoke, among other things, about the role of the United States in resolving Pristina's problems with Serbia and reaching a final agreement, "Koha Ditore" reported.
Asked about the reasons why the administration of US President Donald Trump wants normalization of relations with Serbia, Kurti said that he believes that Grenell does not want the team to harm the citizens of Kosovo, but sees his request to speed up the agreement as "a historic achievement of Grenell himself."
"Grenell asked for a quick agreement and my impression is that he did not want any harm to the Albanians and Kosovo. When you want to do something faster, then the pressure increases. He was in a hurry to reach a historic agreement, he focused less on the content of the text," Kurti said.
According to him, the agreement is Grenell's main goal.
"In October, I was told that he wanted an agreement in February, and now he wants an agreement to be reached in September," Kurti said.
Kurti also claims that Trump did not know when he met his Russian counterpart Vladimir Putin in Helsinki "that he will strengthen Russian influence in the Western Balkans", Kosovo online reported last night.
"There have been two failed coup attempts in North Macedonia and Montenegro, and the third in line is Kosovo or Bosnia. Trump is preoccupied with empowering China, and Putin is trying to take advantage of the situation in the Western Balkans," Kurti said.
In a conversation with Albanian students, Kurti also stated that since the...