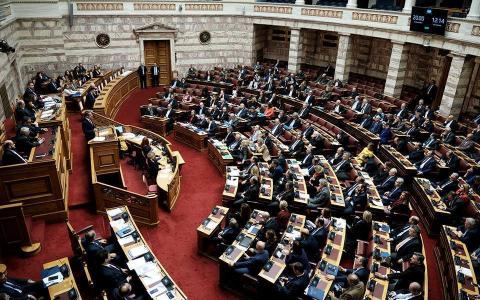 Lawmakers in Parliament on Wednesday were debating a proposal submitted by 30 MPs of the ruling New Democracy party to expand the scope of an investigation into a former minister of the leftist SYRIZA administration.

The conservative lawmakers want former justice minister Dimitris Papangelopoulos to be charged with a range of offenses - from abuse of power to blackmail - over his alleged meddling in a judicial investigation into bribery claims linked to Swiss pharmaceutical giant Novartis.

Papangelopoulos is being accused of trying to influence the course of the probe into witness allegations that 10 prominent politicians - including one ex-prime minister and an interim premier - had accepted bribes from representatives of the company.

Tennis: Monica Niculescu, victorious in doubles first round at Roland Garros
Coronavirus/Specialist Rafila: Number of cases is growing because of increasing community transmission

European Council meeting gets under way with Turkey high on agenda

Azerbaijan capable of protecting its lands thanks to Turkey for its 30-year support: Ambassador