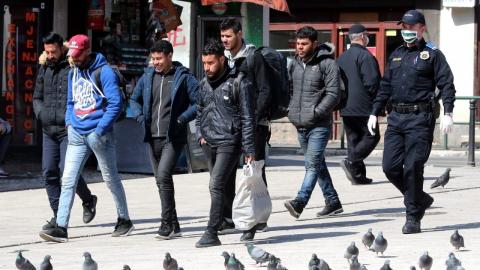 The Bosnian State Prosecutor's Office is investigating a report from the State Border Police about the allegedly illegal issue of visas for thousands of citizens of Pakistan, Boris Grupesic, a spokesman for the Prosecutor's Office, confirmed to BIRN.

"The acting prosecutor has requested that certain checks be carried out in Bosnia and abroad," Grubesic said, adding that his office was working on the case together with the police.

Sakib Foric, the ambassador to Pakistan, has denied the allegation, asking Dodik and Fahrudin Radoncic, the Security Minister, to apologize.

"The embassy of Bosnia in… Pakistan has not issued a single forged visa. We reject all the allegations in the statements of the said officials," Foric said in a letter sent to the media on Monday.

He noted that the government in Islamabad was willing to take back its citizens if the information provided by the Bosnian Ministry of Security is shown to be true.

He admitted that the government of Pakistan did not know so many of its citizens were in Bosnia, and that it was not clear to them why the Bosnian authorities had not recorded their presence and informed Pakistan.

Radoncic did not comment on Foric's letter, adding only that the case was now with the Prosecutor's Office.

Relations between Bosnia and Pakistan have become strained in recent weeks, after Radoncic accused the Pakistan embassy of refusing to co-operate on identifying migrants from the country...