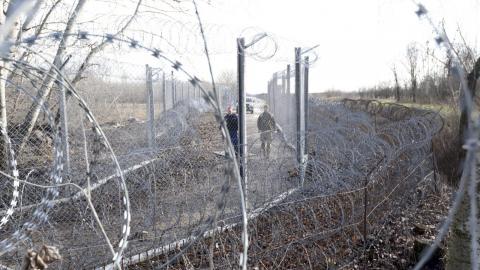 Hungary's government announced that it was closing down the controversial transit zones in Röszke and Tompa. The announcement came after the European Court of Justice, ECJ, ruled that asylum-seekers may not be detained longer than 28 days in transit zones. Some of them have been detained there for 300 or even 400 days.

Gergely Gulyás, from the Prime Minister's Office, said that the government disagreed with the ECJ judgment, and considered it a risk to Europe's security, but "we are obliged to comply with the rulings, and Hungary will do so". He added: "We have decided to abolish the transit zone in a physical sense as well."

In future, asylum-seekers aiming to enter Hungary will have to apply for asylum at Hungarian consulates in non-EU-neighbouring countries. "External border protection is an issue that Hungary cannot, does not want to, and will not concede," Gulyás said.

The change in the Hungarian government's position may explain Prime Minister Viktor Orbán's rush to visit Serbian President Aleksandar Vucic last Friday. Although Orbán had previously claimed he had no time to travel to Brussels to speak in the European Parliament, because he remained busy fighting the coronavirus in Hungary, he found the time to fly to Belgrade for talks.

Hungary created the transit zones after erecting wire fences on the southern borders with Serbia and Croatia to stop an influx of migrants in 2015. The transit zones were built out of shipping containers and were often criticised by human rights groups as inhumane.

USR: 100 years after Trianon we must focus on our future together
One hundred years since Treaty of Trianon - June 4, 1920