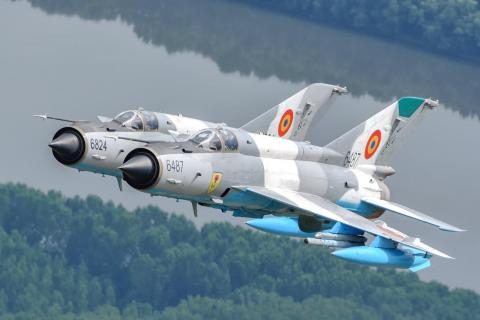 Romanian, Bulgarian and Turkish jets, all part of the NATO Air Policing, intercepted a Russian aircraft on May 19, which was flying close to the NATO air space, the Allied Command Operations (ACO) said.

According to a written statement by NATO Allied Air Command on May 21, the Alliance Quick Reacting Alert jets were dispatched to prevent Russia from entering the air space.

"When Russian aircraft ventured close to @NATO airspace [on May 19], the Alliance Quick Reaction Alert jets were ready. We are prepared to safeguard our airspace and demonstrated our capability to react," the Supreme Headquarters Allied Powers Europe (SHAPE), the Headquarters of Allied Command Operations (ACO), said in a tweet.

In a detailed statement, SHAPE said that NATO Air Policing jets from Romania, Bulgaria, and Turkey were launched "due to Russian air activity close to NATO airspace."

The headquarters conveyed that two Russian Tu-22 bombers, escorted by two Su-27 fighters, were approaching Romanian airspace. It also said that two Forţele Aeriene Române MiG-21 jets took off, yet did not approach the Russian aircraft, but rather shadowed them.