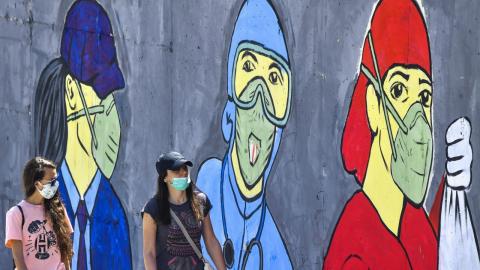 Why this grave political mistake, I simply fail to understand. Now, in line with to electoral legislation, he has made way for a caretaker government which includes the opposition. "Wait, wait, wait - what?" you ask. Yes, the same Zoran Zaev who risked everything to end the 'name' conflict with Greece gave up after French President Emmanuel Macron unsurprisingly showed a bit of attitude and refused to agree to naming the date.

But to make things worse, Zaev's government had the electoral legislation amended to permanently install a caretaker government, which includes the opposition, for 100 days prior to elections, which has the sole mandate to organise the polls.

There was never one single good reason why a transitional power-sharing instrument that was created for the crisis handover of power from the previous government of Nikola Gruevski should be made permanent, except to baffle observers and quite successfully make the opposition very happy.

This year's elections were supposed to happen in mid-April. All went relatively well, parliament dissolved and then the coronavirus happened. The elections had to be postponed.

Since the beginning of the year, the country has been run by a highly dysfunctional caretaker government, in which the opposition holds key positions, such as the Interior Ministry. What was supposed to last for 100 days has become a permanent machinery with no democratic legitimacy, which adopts legislation that is not verified by parliament.

On top of all that, the government deemed it necessary to handle the coronavirus crisis on the basis of a state of emergency, which has just been extended until the end of May. Checks and balances? None.