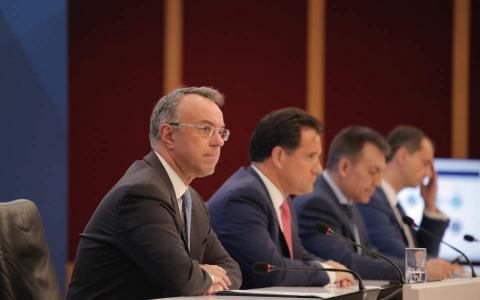 Seeking to revive tourism and other sectors hit by the coronavirus pandemic, Prime Minister Kyriakos Mitsotakis announced a reboot plan on Wednesday to the tune of 24 billion euros that will serve as a three-pillar bridge from "from today's uncertainty to tomorrow's security."

In a televised address, Mitsotakis said these three pillars will be job support, targeted tax cuts and the boosting of entrepreneurship.

He also announced that the tourism season will officially begin on June 15, two weeks earlier than initially planned, with the opening of seasonal hotels.
Speaking after the PM, Tourism Minister Haris Theocharis said that flights will initially only land at Athens International Airport when services resume on June 15 from countries with low coronavirus infection rates like Bulgaria in the Balkans and Germany in Northern Europe.