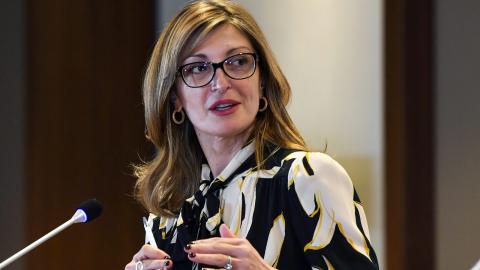 Ukraine lodged an official protest on Wednesday, after Bulgaria's parliament criticised a planned reform to divide the Bolhrad region in Ukraine's southern Odessa district into five sections. The area is home to a large ethnic Bulgarian community.

The Ukrainian foreign ministry rejected Bulgarian claims that the decision would undermine the rights of the country's ethnic Bulgarian minority. "The protection of the rights and freedoms of representatives of all national minorities is among the fundamental priorities of Ukraine," the ministry said.

The Bolhrad region, also known by its Russian name Bolgrad, is home to several hundred thousand Bulgarians. The town at its centre was founded by Bulgarians in 1821. The community continued to settle there throughout the 19th century, turning it into an important hub for the Bulgarian diaspora.

Data vary, but the number of ethnic Bulgarians, sometimes known as Bessarabian Bulgarians, is estimated to be as high as 300,000, comprising around 61 per cent of the population of the region.

The Bulgarian parliamentary declaration said it feared the new territorial division threatened "the integrity of the 200,000-strong Bulgarian diaspora in the Bolhrad region", and called on the Bulgarian authorities to demand an intergovernmental meeting.

It was a priority issue that should be resolved in the spirit of the good relations between the two countries, and in compliance with European values, the...