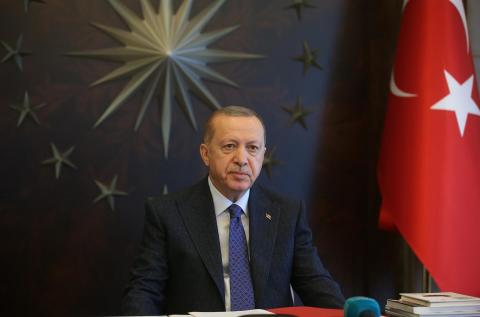 Turkey's president on May 22 warned the public to stay careful, as any neglect of safety measures during the normalization process could trigger a new wave of coronavirus.

"We will continue to be vigilant. The slightest neglect could lead to resuscitation of the epidemic," Recep Tayyip Erdoğan told a meeting of his ruling Justice and Development Party(AKP) via video link.

Erdoğan said that Turkey has largely gotten the coronavirus epidemic under control.

"Turkey won general acclaim as one of the best countries in the world on health during this process," Erdoğan said.

Praising the performance of the nation's healthcare system, Erdoğan said: "With the sufficiency of our hospitals, healthcare personnel, medicines, and equipment, we did not allow the smallest deficiency or malfunction."