Plane with 98 Passengers Crashed in Pakistan 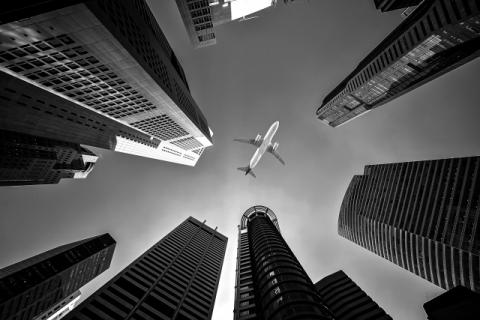 A jetliner carrying 98 people crashed in Friday in a crowded neighborhood near the airport in Pakistan's port city of Karachi after an apparent engine failure during landing.

Officials said there were at least two survivors from the plane, and it was unknown how many people on the ground were hurt, with at least five houses destroyed.

The pilot of Pakistani International Airlines Flight 8303 was heard transmitting a mayday to the tower shortly before the crash of the Airbus A320, which was flying from Lahore to Karachi.

Video on social media appeared to show the jet flying low over a residential area with flames shooting from one of its engines.

Police wearing protective masks struggled to clear away crowds in the narrow streets of the crash site in the poor and congested residential area known as Model Colony so ambulances could move through. Police and soldiers cordoned off the area amid the smoke and dust.

Pakistan had resumed domestic flights earlier this week ahead of the Eid-al Fitr holiday marking the end of the Islamic fasting month of Ramadan. Pakistan has been in a countrywide lockdown since mid-March because of the coronavirus.

Karachi Mayor Wasim Akhtar initially said all aboard died, but two civil aviation officials later said that at least two people survived the crash. They spoke on condition of anonymity because they were not authorized to brief media.

Local TV stations reported three people sitting in the front row of the aircraft survived and showed video of a man on a stretcher they identified as Zafar Masood, the head of the Bank of Punjab. They reported that at least 11 bodies were recovered from the crash site and six people were injured. It was not immediately clear if the casualties were...