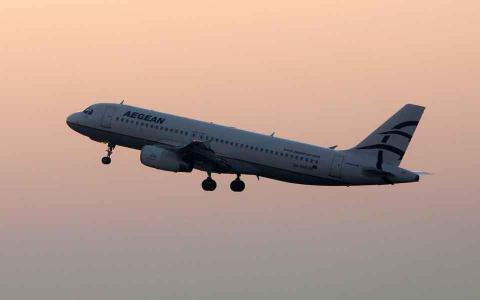 The government is considering supporting Aegean Airlines due to its role as a company that is key to tourism and air travel in Greece, without this entailing the acquisition of a stake in the listed carrier.
Deputy Development Minister Yiannis Tsakiris told a press conference on Thursday that plans include the creation of a fund for credit for Greek enterprises active in strategic sectors, such as transport, energy and tourism.
"Companies like Aegean, for example, and various others considered to be of strategic importance can be co-funded [by this fund as well as by] other lenders," he stated.
Minister Adonis Georgiadis also made the government's intention to support Aegean clear, saying the Greek carrier constitutes the "airline success story of the Greek economy."