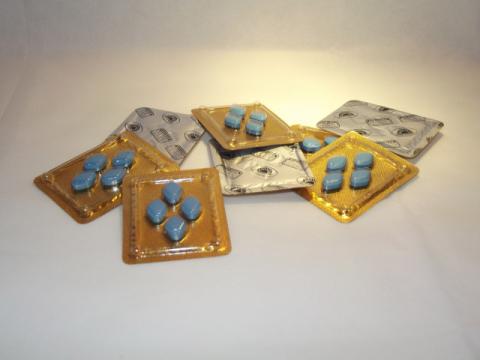 On 14.05. In 2020, a truck with Turkish registration arrives at the Bulgarian customs point, entering Bulgaria from Turkey. The driver of the truck declared that he was transporting commercial goods from Turkey to Germany and Belgium. The truck was selected for a thorough customs inspection, during which 400 blisters with 2460 tablets of "Vegaxes", "Kamagra" and "Hard-on" were found in the cupboard of the tractor. The driver of the truck stated in his statement that the drugs were his and he had bought them on the black market in Istanbul in order to sell them at higher prices in Germany and Belgium, also on the black market.

The smuggled drugs were seized. The driver of the truck - a Turkish citizen, was issued an act under the Customs Act.