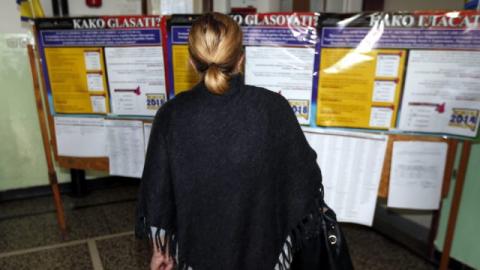 Bosnia's Central Election Commission, CIK, has postponed local elections due in October for six weeks, to November 15, after political rows held up the adoption of a budget for 2020 and funding for the ballot within the legally permitted deadline to start preparations.

The CIK two weeks ago called the elections for October 4. On Saturday it told a news conference that it had now asked the central government to allocate the money it needs for the elections separately from the budget. CIK president Vanja Bjelica-Prutina said it would now start preparing material for the vote in time for November.

Milorad Dodik, the Serbian member of Bosnia's three-member state presidency, blasted the CIK decision as "illegitimate", following his earlier complaints that the recent appointment of new Serbian members of the elections commission was illegal.

Dodik, whose Alliance of Independent Social Democrats, SNSD, rules in the mainly Serbian entity, Republika Srpska, told RS radio that his party was ready to strike a financing deal for the elections.

The central government in Bosnia provides about half of the 8.2 million Bosnian marks or so (4.1 million euros) needed for organising the elections. The 120 municipalities and 22 towns and cities in the two entities and in Brcko District provide the rest.

For the third time, local elections will not take place in the southern city of Mostar, which last voted in a new local administration in 2008. The main Bosniak and Croat parties have still not resolved a long-standing constitutional problem and agreed a new power-sharing scheme for the city.

Central government PM Zoran Tegeltija and Bosnian Serb ministers held up the adoption of the 2020 budget in March, first because they wanted foreign judges...