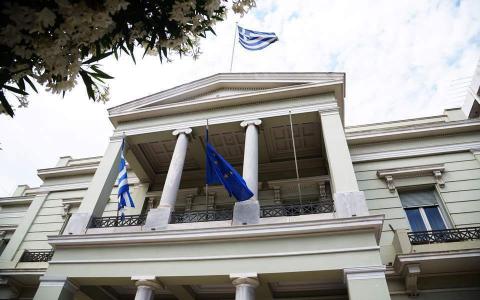 The Foreign Ministry on Saturday dismissed as "fake news" reports that Turkish soldiers have "invaded and occupied" a patch of Greek land in the northeastern Evros border area.

"There is no foreign force on Greek territory," the ministry said in a statement, responding to reports in British and other media.

The reports came after Athens lodged a demarche with Ankara over its presentation of a section of Greek territory in the southern Evros border region as Turkish.

"Turkish soldiers and police special forces now have a solid presence within the Greek territory and have camped in the pocket of Apiary at Feres," the Daily Mail claimed on Friday, citing a Greek website called Army Voice.
"Around 35 soldiers reportedly marched onto a floodplain site on the east bank of the River Evros near the town of Feres," The Sun also reported.

The area in question...