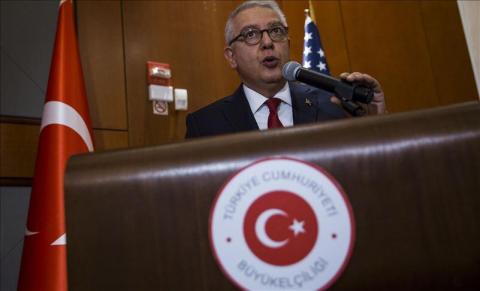 Turkey's Ambassador to U.S., Serdar Kılıç, hit back on May 22 at two American senators for comments regarding Ankara's treatment of Uyghurs.

"It's shameful that Turkey assists China in violating Uyghur human rights," the Idaho Republican said in remarks accompanying the tweet on May 20.

In retort to Risch, Kılıç said: "Senator, common sense based on facts and realities suggest that what really shameful is to see the Chairman of such an important Committee subscribe to unsubstantiated and biased allegations incriminating a key Ally, without even questioning whether there is any truth into them."

Massachusetts Democratic Senator Edward Markey shared the same report on May 21 and accused Turkish President Recep Tayyip Erdoğan of "abusing extradition requests to target his critics around the world."

"As Beijing pushes its own extradition and intimidation campaign against minorities, Turkey should rededicate itself to the protection of persecuted Uyghurs," wrote Markey.

In his response to Markey, Kılıç regretted that "some" Congress members are quick to appeal to biased allegations against Turkey.

"Believe me Mr. Senator, nothing can match the level of abuse Turkey and Turkish authorities are subjected to by some members on the Hill. This tweet clearly displays yet again that some of them don't even hesitate to subscribe to unsubstantiated and biased allegations to that end," Kılıç replied on Twitter.