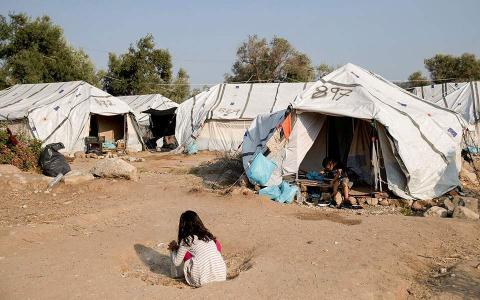 The Regional Authority of the Northern Aegean said on Monday that it was taking legal action against a nongovernment organization called Moria Corona Awareness Team after it referred to "the Greek side of the island" of Lesvos in a post on its Facebook page last Thursday, thereby implying that there is a non-Greek side of the island.

The regional authority said it had lodged a legal suit against the NGO with a prosecutor, "because the questioning of our indisputable national sovereignty is a criminal offense."
On its Facebook page, the organization said it was set up in March by migrants living in Lesvos' overcrowded Moria camp to raise awareness about the pandemic and that it has collaborated with the Greek NGO Stand by Me Lesvos.