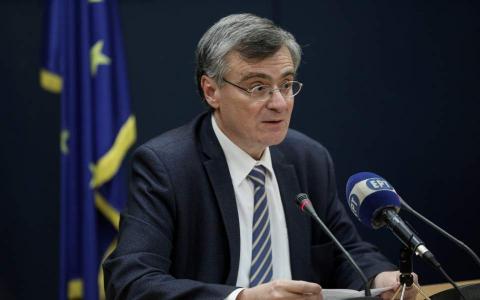 In an emotional farewell speech on Tuesday, Greek infectious disease professor and Health Ministry spokesman Sotiris Tsiodras announced that the televised live briefings on the developments with the novel coronavirus in the country will wind down at the end of the week and be replaced by weekly statements.

"Four months later we return to normality. I also want to gradually return to my duties," said Tsiodras, whose clear, expert advice turned him into a household name and the most popular person in Greece, according to a recent poll.

"I repeated many times what is the only certainty in science: The uncertainty. The honesty of saying 'I don't know,'" he said. "In our country, despite the losses, the enemy has not had the last word."

Taking the floor, Deputy Civil Protection Minister Nikos Hardalias joked that "if you see us doing a live briefing again, this will...