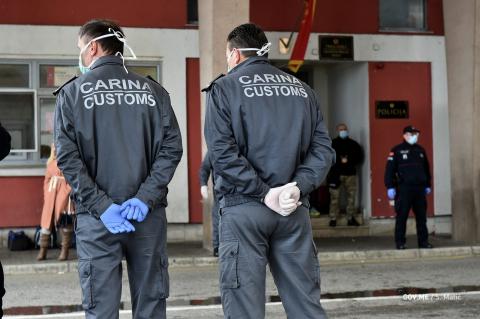 Serbian Prime Minister Ana Brnabic told TV Pink that Belgrade will not impose a reciprocal ban on Montenegrins, but added that "if [Serbian citizens] have to go somewhere, they should not go where they are unwelcome".

Serbian pro-government media and tabloids linked the decision to ongoing protests by Serbs in Montenegro against a controversial law to regulate religion, which they see as an attack on the Serbian Orthodox Church's status in the country. The dispute has sparked exchanges of harsh words between Belgrade and Podgorica.

The Serb member of Bosnia's tripartite presidency, Milorad Dodik, claimed that the Montenegrin government's decision not to reopen the border to Serbs was a continuation of its negative attitude towards Montenegro's Serb community and the Serbian Orthodox Church in the country.

"We cannot escape the impression that behind such a decision is probably an effort to resolve some political issues within Montenegro," Dodik told TV Pink.

On Monday, Montenegrin Prime Minister Dusko Markovic declared his country "the first coronavirus-free country in Europe" and announced that borders would reopen with some Balkan and EU countries which have the same epidemiological situation.

He stressed that borders will reopen only for citizens of countries that have fewer than 25 coronavirus cases per 100,000 people. As well as Croatia, Albania, Slovenia and Greece, citizens of Germany, Austria, Czech Republic, Poland, Hungary and Poland will be allowed to enter Montenegro.

The move is intended to aid the country's tourism...