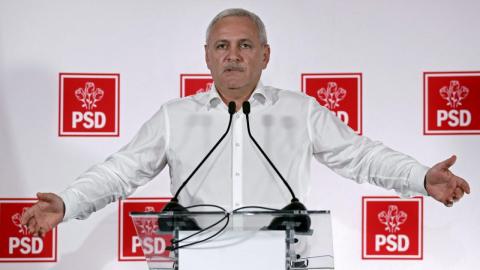 The former leader of the Social Democratic Party in Romania, PSD, Liviu Dragnea, has lost his lawsuit filed in 2018 against the European Commission after the Court of Justice of the European Union, CJEU, issued a ruling on Wednesday.

Dragnea had challenged the findings of the European Anti-Fraud Office, OLAF, concerning projects using European funds for road modernization in Teleorman County, where he was president of the County Council from 2000 to 2012.

"The action is dismissed as inadmissible in its entirety, without it being necessary to approve the applicant's application to bring an action," the judges ruled. The court also ordered the former PSD leader to pay for the costs of the trial.

Dragnea is being investigated now for allegedly setting up an organised criminal group, abuse of office and for embezzlement of 21 million euros of European funds.

This amount of money is the subject of a case codenamed "the Tel Drum Case" opened by the Romanian National Anti-corruption Directorate, DNA, in 2017.

Dragnea is accused of favouring the Tel Drum company by offering it preferential contracts for the rehabilitation of roads in Teleorman County with European funds. The DNA specified that the file was set up following a notification from OLAF.

Teleorman one of the the poorest counties in Romania, with only 54,000 employed citizens, or only 16 per cent of the local population. Almost o a quarter of them, 13,100, work for the state.

Prosecutors claim Dragnea formed an organised criminal group in 2001 that is "active even today", consisting of officials drawn from public institutions and businessmen. The anti-graft office says that this crime group provided funds for the PSD disguised as donations.