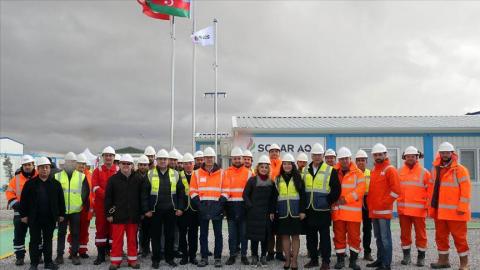 Each well needs an investment of between $2 and $2.5 million, he added.

Turkey is planning to increase the share of LNG in natural gas imports to over 30 percent, while decreasing the share of pipeline exports, according to Deputy Energy Minister Alparslan Bayraktar on May 14.

Russia, Iran and Azerbaijan are Turkey's main natural gas suppliers, but in recent years LNG imports from Qatar, Algeria and the United States are rising.

Oil imports down 7.2 percent in March

Turkey's total oil imports decreased by 7.2 percent to 3.5 million tons in March compared to the same month of 2019, according to Turkish energy watchdog's data on May 27.

Turkey imported the highest amount of crude from Iraq at 1.3 million tons. Russia and Kazakhstan followed with 485,826 tons and 306,156 tons, respectively.