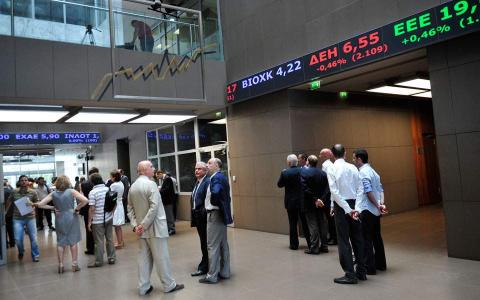 Early profit-taking at Athinon Avenue gave way to a fresh wave of buying later on Thursday - although banks appeared to have fallen out of favor - taking the benchmark higher for the fifth session in a row. The market is now confidently looking toward more growth, boosted also by the significant increase in daily trading volumes.