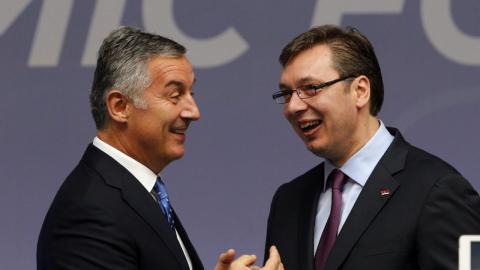 As tensions continue to rage within Montenegro between the Government and supporters of the Serbian Orthodox Church, Serbian President Aleksandar Vucic has voiced only moderate criticism of what is going on in the neighbouring country. Strange, for a man who seeks to position himself as the champion of Serbs in the region.

Our analysis seeks to unpack the many layers of interests at play in the current struggle between Church and Government in Montenegro. In particular, we examine how the crisis is benefiting both Vucic and his Montenegrin counterpart, Milo Djukanovic, as well as the complex web of ties which bind the two men together.

With Croatia heading to a (somewhat) early Parliamentary election on July 5th - brought forward from the autumn - we analyse the prospects of the main parties of the left and right. The ruling HDZ is hoping to capitalize on a bump in support thanks to its handling of the coronavirus pandemic and scoop up another mandate to rule before the economic recession bites.

But will its plans work? Support for the SDP has recovered over the last year and the two parties are more or less neck and neck. Yet a bigger headache for the HDZ and SDP is that both may not be close enough to a majority to form the next government on their own. This may create some unpleasant dilemmas - such as a possible 'grand coalition' or a HDZ coalition with more extreme right-wing parties.

Read more: Nationalists May Hold Key to Power after Croatian Election (May 22, 2020)

To Legalise or Not