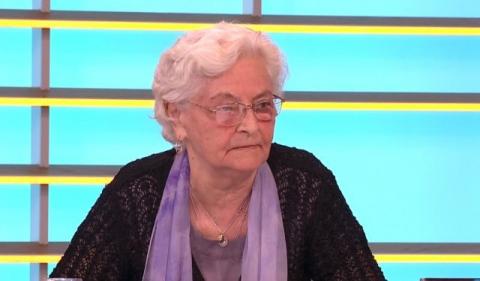 "The most important thing was to find out how it was transmitted, because at the beginning, it was said that it was by droplets. It was strange to me that there were 1.000 cases a day and I said - if we all kissed and spat on each other, it wouldn't be like this," says Dr Ana Gligic, who stopped "smallpox epidemic" about 50 years ago.
According to her, it was necessary to get to know the epidemiological situation, and then start examining the virus.
He adds that the virus is transmitted through the air.
"The virus has remained the same. It is not another virus, but some mutations have taken place. It came to an unnatural background by switching to humans. It began to weaken because it was not in its natural environment. This is how live vaccines are made", she explains.
More care must be taken, but the virus has entered a dead end and the epidemic must end, she says.
When asked what the vaccine will do if the virus has to disappear, Dr Gligic states that the virus causes huge damage.
"Until that happens, he has done enormous material and economic damage."
She believes that we will not have another wave, because COVID-19 will weaken, and measures will eradicate it.
"If it appears in the winter, there will be more cases, but not like this," he says.
More in the enclosed video.