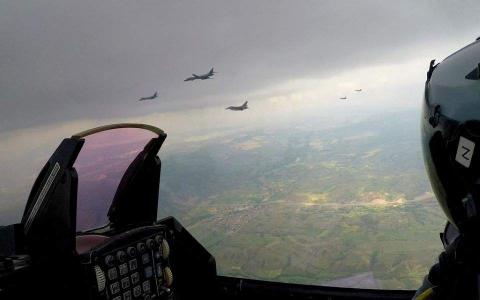 Four F-16s from the 337th Hellenic Airforce Combat Wing accompanied a pair of American B-1B bombers on a mission to welcome North Macedonia into NATO by flying over the capital Skopje on Friday.

North Macedonia became the alliance's 30th member on March 27, following the settlement of its name dispute with Greece in 2018.

According to the ANA-MPA, Sekerinska said the Covid-19 pandemic must not overshadow the country's membership in NATO and the approval for the start of talks for its accession to the European Union.

It's officially confirmed: Serbian tourists can go to Greece