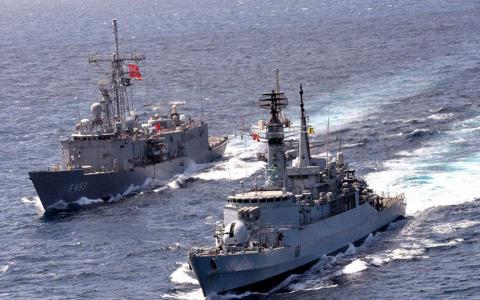 Turkey is maintaining its presence in the sea area between the island of Crete and Libya, with six frigates and an oil tanker observed in the region on Friday.

The frigates are in international waters secured for naval exercises by four navigational telexes issued by Ankara.

There are more Turkish military vessels in the area than there are European Union vessels taking part in Operation Irini off the coast of Libya, whose primary purpose is to enforce the United Nations arms embargo on the North African country. Malta initially had objections to the operation, but they have been overcome. Still, Irini faces other problems, namely intelligence ones.

This is due to the fact that Ankara has reportedly effectively blocked the exchange of information between NATO and the EU. As a result, Irini, like the previous operation in the area, Sofia, has a limited volume of...

Travelers returning from Greece to Puglia, Campania must quarantine