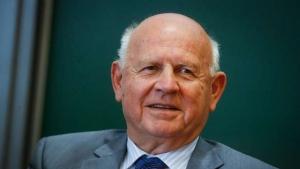 Kocijančič, who was also active in politics and business, was the president of the OKS between 1991 and 2014, and headed the European Olympic Committees since 2017.

Born in 1941, he graduated in law in 1965 and earned a master's and a doctoral degree in the same field, while he also entered politics at a young age, presiding the League of Communist Youth of Yugoslavia in 1968-1971.

He was a secretary for health and culture in the government of the Socialist Republic of Slovenia, and was removed from politics in Yugoslavia after the fall of the Stane Kavčič government in 1973.

Since then, he was active in business, including as the chief executive of the flag carrier Adria Airways between 1982 and 1993.

Kocijančič returned to politics in the late 1980s, and in 1993, two years after Slovenia gained independence, he became the leader of the United List...

National Hall back in Slovenian hands 100 years after Fascist arson

The Right to Health: What Would It Mean in the Future?