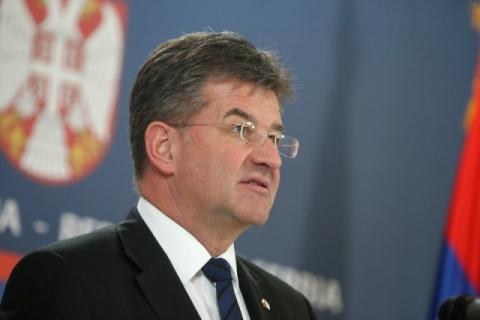 That could happen as early as June.
Lajcak presented this intention to the diplomatic representatives of the EU member states at the meeting of the EU Political and Security Committee, where he once again received strong formal support to resume the dialogue on the normalization of relations between the so-called Kosovo and Serbia.
According to sources from the meeting, Lajcak intends to get in touch with official Pristina "on the same day" when the Kosovo government is formed - which has been announced for tomorrow, Wednesday, in order to make the final preparations for the new round. This would mark the resumption of dialogue.
In order for Lajcak's plan for a new round of dialogue to succeed, it is necessary to open the borders, which is expected on June 15, so that the negotiators can come to Brussels.
As it was said, Special Representative Lajcak "explicitly emphasized" that he would speed up the organization of the first meeting, and therefore will not wait for the end of the elections in Serbia, announced for June 21, but will organize a round of negotiations immediately after the borders open. Lajcak, as it is stated, said that it would no longer be a dialogue on technical issues, but a "highly political process".
Allegedly, the "convincing majority" of the diplomatic representatives of the EU countries voted against the possibility of exchanging the territories of Serbia and Kosovo, and that Germany and France in particular are "sharply and clearly against that idea."