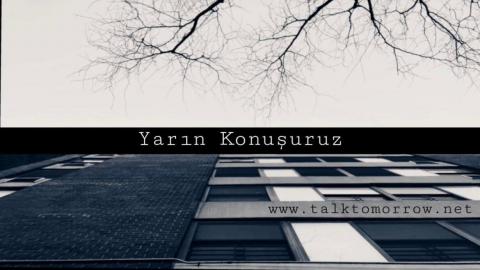 "Talk Tomorrow," an online audio diary of a 200-day quarantine, which was first released in Greek a month ago, was recently premiered online in Turkish language.
Through a series of voice messages, the performance "Talk Tomorrow" is an aural/audio "jump cut" that exposes quarantine's loneliest moments when a phone call remains unanswered. The COVID-19 crisis finds Alice away from her home and her partner. Her voice messages to him compose an audio diary of her 200-day static journey in quarantine.
Written by Lyto Triantafyllidou, "Talk Tomorrow" is an immediate reaction to the isolation which has marked the past weeks, discussing the issues of love, partnership and intimacy under the current circumstances.
The performance is shaped by the subsequent restrictions borne by the "new normal," where none of the artistic stakeholders of the performance could physically meet.
This presented an opportunity for a collaboration geographically dispersed: Triantafyllidou wrote the play in New York, while the cast and crew of the performance were in Los Angeles, New Haven, Boston, Athens, Greece and Istanbul, Turkey.
Reflecting the universality of the experience forced by COVID-19, the play has already been translated and released in English, Greek and Turkish, while more languages are expected to follow.
The performance explores digital media as a way of theater artists to develop their work and interact with an audience, begging the question: How the COVID-19 crises will affect the art of theater?
Originally from Greece, Triantafyllidou is a New York-based theater maker, interested in exploring new ideas, colorful stories and unfamiliar cultures, through creating theater works that expand an audience's moral imagination. She has presented...