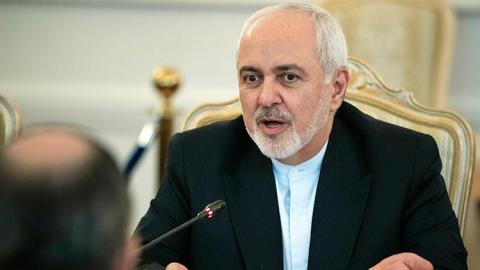 Iran's foreign minister said on June 2 that a plane had taken off from arch-foe the United States carrying scientist Sirous Asgari after his apparent release from a U.S. prison.

"Good news, a plane carrying Dr. Sirous Asgari has taken off from America. Congratulations to his wife and family," Mohammad Javad Zarif wrote in a post on his Instagram account.

Asgari was accused by a US court in 2016 of stealing trade secrets while on an academic visit to Ohio, but the 59-year-old scientist from Tehran's Sharif University of Technology was acquitted in November.

The academic told British newspaper The Guardian in March that the Immigration and Customs Enforcement agency was keeping him in a detention center in Louisiana without basic sanitation and refusing to let him return to Iran despite his exoneration.

The U.S. agency database still listed Asgari as being detained in the state of Mississippi.

The State Department did not immediately respond to AFP's request to comment on his apparent release.

On June 1, Iran's foreign ministry spokesman Abbas Mousavi had said Asgari's case was closed and that he was likely to return to the Islamic republic within two or three days.

Both Iran and the United States hold a number of each other's nationals and they have recently called for them to be released amid the COVID-19 pandemic.

Iran is battling what is the Middle East's deadliest outbreak of the virus, while the US has reported the highest total number of deaths worldwide from the disease.

The Islamic republic is holding at least five Americans and the U.S. has 19 Iranians in detention, according to a list compiled by AFP based on official statements and media reports.

Tensions between Tehran and Washington...