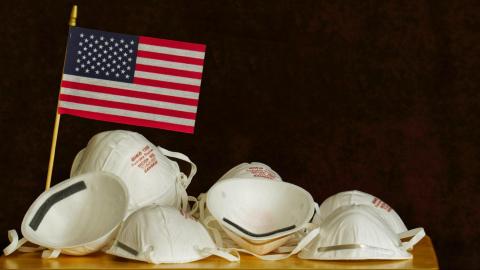 Twenty years on, the situation in the region looks bleaker. A glance at the state of play in the countries from the Balkans confirms this. Kosovo faces further political turbulence after its Constitutional Court ruled that a new government can be formed without holding early elections first.

Massive protests in neighbouring Albania and clashes with police over the demolition of the national theatre, one of the architectural symbols of the city, have revealed how fragile political stability in that country is.

A view of the National Theatre while is being demolished by the goverment in Tirana, Albania, 2020. Photo: EPA-EFE/MALTON DIBRA

In Bosnia and Herzegovina, after admitting that he listened in to opposition leaders' telephone calls, the Serbian member of the three-member state presidency, Milorad Dodik, faces criminal charges brought by the Bosnian branch of the watchdog organisation Transparency International.

But the fact that it was left to an NGO, not the relevant state institutions, to file these charges speaks volumes about the independence of state agencies in this country.

Montenegro and Serbia meanwhile have both been caught up in an irrational religious dispute over the rights and status of the Serbian Orthodox Church in Montenegro that only highlights the obscurity of the political scene in the region.

The issue has become the subject of much manipulation on both sides. In a theatre-of-the-absurd type of struggle, the Serbian Orthodox Church is leading "the people" against a hybrid regime in Montenegro that is supported by and supportive of another hybrid regime in Serbia  - and elsewhere, including Russia.

Almost all opposition leaders in Serbia support the opposition in Montenegro,...