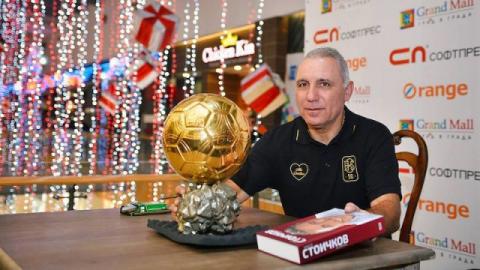 In terms of accolades, they don't come much greater than being named in Pele's FIFA 100 list of the world's greatest living players. As well as being commended by the Brazilian icon, Hristo Stoichkov is also generally considered to be his country's greatest footballer of all-time, after becoming the first Bulgarian to win the Ballon d'Or in 1994. The man nicknamed 'the Dagger' enjoyed a hugely successful spell at the Nou Camp, and was twice runner-up for the FIFA Player of the Year award, yet many still believe his list of achievements should have been far more extensive.

Although he was known for his mesmerizing skill and calm finishing, Stoichkov's career was also punctuated by moments of belligerence. His fiery temperament caused him to receive a lifetime ban at the age of 19, although this was subsequently overturned, thus allowing him to showcase his immense talent once again. The red mist descended at various points throughout his career, with his list of misdemeanors including stamping on a match official's foot during El Clasico, a moment of madness that he has since apologized for.

His volatile nature failed to detract from his on-field exploits with his goal-scoring abilities, explosive acceleration and quick feet being recognized by Johann Cruyff, who signed the former CSKA Sofia striker and gave him the chance to become a fan favorite at the Nou Camp.

Stoichkov was part of a Barcelona side which secured four consecutive La Liga titles, and blossomed into one of Europe's most consistent performers. His partnership with...