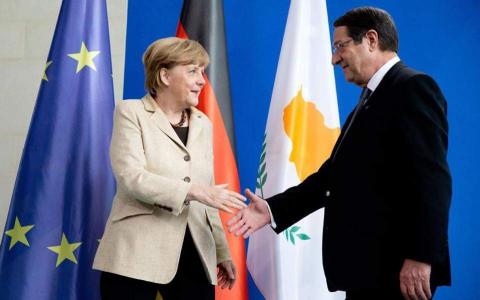 Cypriot President Nikos Anastasiades on Thursday said that he had a "positive and constructive" telephone conversation with German Chancellor Angela Merkel on a range of topics, including Turkish seismic research off the coast of Cyprus.

In a tweet, Anastasiades said that he briefed Merkel on "Turkey's illegal drilling in Cyprus' EEZ and actions in the wider region," reportedly stressing the risks to regional stability from such actions.

Cypriot media said the two leaders agreed that the European Union needs to continue monitoring Turkey's activities in the Eastern Mediterranean and to respond "decisively."

The two leaders also discussed "post-pandemic tourism prospects," with Merkel reportedly congratulating the Cypriot president on his country's successful response to the coronavirus.