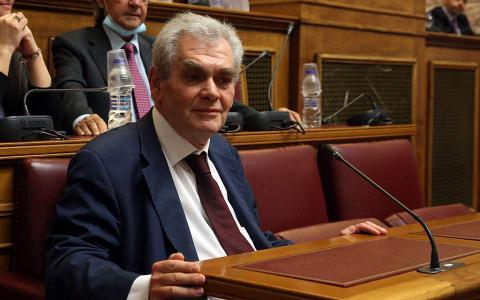 Former justice minister Dimitris Papangelopoulos on Thursday requested a month-long extension to prepare his defense to a parliamentary committee investigating allegations that he sought to influence a judicial probe into the Novartis bribery affair.

The former leftist minister also presented the committee with a list of witnesses he would like summoned before the panel, whose purpose is to ascertain whether there are grounds for a criminal investigation into Papangelopoulos' handling of the case.

Among the witnesses are high-ranking court officials, former conservative prime minister Antonis Samaras - who is one of the politicians who had been accused of accepting bribes from the Swiss pharmaceutical firm - ex-justice minister Michalis Kalogirou and the former general inspector for public administration, Maria Papaspyrou.