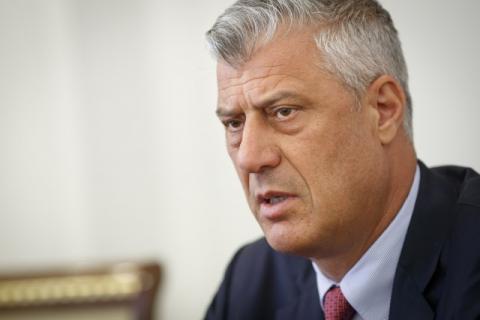 As he said, he made this decision because Lajcak does not recognize the independence of Kosovo.
"I hope to establish good coordination with Hoti as Prime Minister. I will fulfill my constitutional and legal role, I do not want meetings with Serbian leaders. I have made it known that I will not go to Brussels for talks, because Lajcak has made it clear that he does not recognize Kosovo and I will not take part it in the dialogue between Belgrade and Pristina", Thaci told T7 television, as Kosovo online portal reports.
He added that former EU Foreign Minister Federica Mogherini made it known that "Kosovo is an independent state" and that she did not refer to the Kosovo delegation as "Pristina".
"I personally told Lajcak, you will do a good job only if you recognize Kosovo as an independent and sovereign state, Kosovo must first get visa liberalization, in order to restore trust in European institutions", Thaci said.
According to him, Albin Kurti should submit a report to the new Prime Minister Avdullah Hoti about the issues he discussed during these three months with Lajcak and Borrell.